by Lloyd Luna on January 8, 2017 in Round neck t-shirts, Tshirt Supplier Wholesaler Philippines

Remarkable story of how t-shirt came to be!

The first appearance of this clothing were claimed to have been used by the US Navy during the Spanish-American war as undergarments.

The popular t-shirt today has its own remarkable story before it became a common garment.

The first appearance of this clothing was claimed to have been used by the United States Navy during the Spanish-American war.The Navy used it as an undergarment. During that time, the ‘cool’ t-shirts that this generation has been introduced to were not an ounce a fashionable item back then, and didn’t even have its name but a crew-neck, short-sleeved clothing.

They were used more as a cloth against the heat and were also adopted by dockworkers, farmers, miners, and construction workers basically because they are made of lightweight fabric, which is appropriate for hot weather conditions.

In 1904, the clothing was popularized by Cooper Underwear Company published in a magazine.

However, changes came during WWII when veterans were seen wearing these t-shirts as a casual match with their uniform trousers. Since then, the garment has become acceptable as over shirts and the popularity escalated fast. Somehow, because of its inexpensive cotton and easy to clean characteristic, the shirt has been the choice of mothers as a standard outerwear for their sons. Often used by the boys on their outdoor activities, it has built up its general, much more casual purpose. By the 1920’s, “T-shirt” became an official American-English word in the Merriam-Webster’s Dictionary.

On print, the name was first used by F. Scott Fitzgerald for his novel “This Side of Paradise.” On a popular claim, its iconic name came from the “T” shape of the garment.

In 1942, printed t-shirts raised popularity when it was featured by Air Corps Gunnery School T-shirt on the cover of Life magazine. Veterans and blue collar workers, and even some of the most popular figures helped popularize t-shirt as an over shirt.

Marlon Brando in A Streetcar Named Desire and James Dean made T-shirts a symbol of coolness, making it a trend.

Around late 1960’s, these printed shirts has gotten more popularity for self-expression, advertising and protests. A variation of designs from political to popular cartoon characters emerged as well as the continuation of famous bands and other celebrities wearing the apparel.

Some of the most popular trends were the tie dying shirt, message shirts, “tongue and lips” logo, “I ♥ N Y” logo, shirts with LED lights mixed into them, among many others.

Since then, a lot of designs and clothing methods such as embroidery, direct printing, heat transfer, silk screening and others are being invented. A variation of cuts and styles on the fabric such as raglan, ringers, tanks, babydoll, spaghetti strap, v-neck, polo and many more were produced in the clothing industry as well.

Today, s-shirt has been one of the most common worn garments in the world, with continuous collections and businesses giving it newer and interesting purpose. 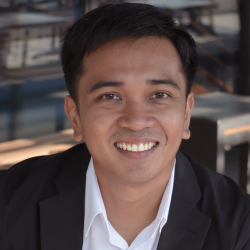 CEO at Skybell
Lloyd is a Filipino motivational speaker and author. After providing inspiration through his books and seminars, he decided to make you look inspired through the shirts that you wear.